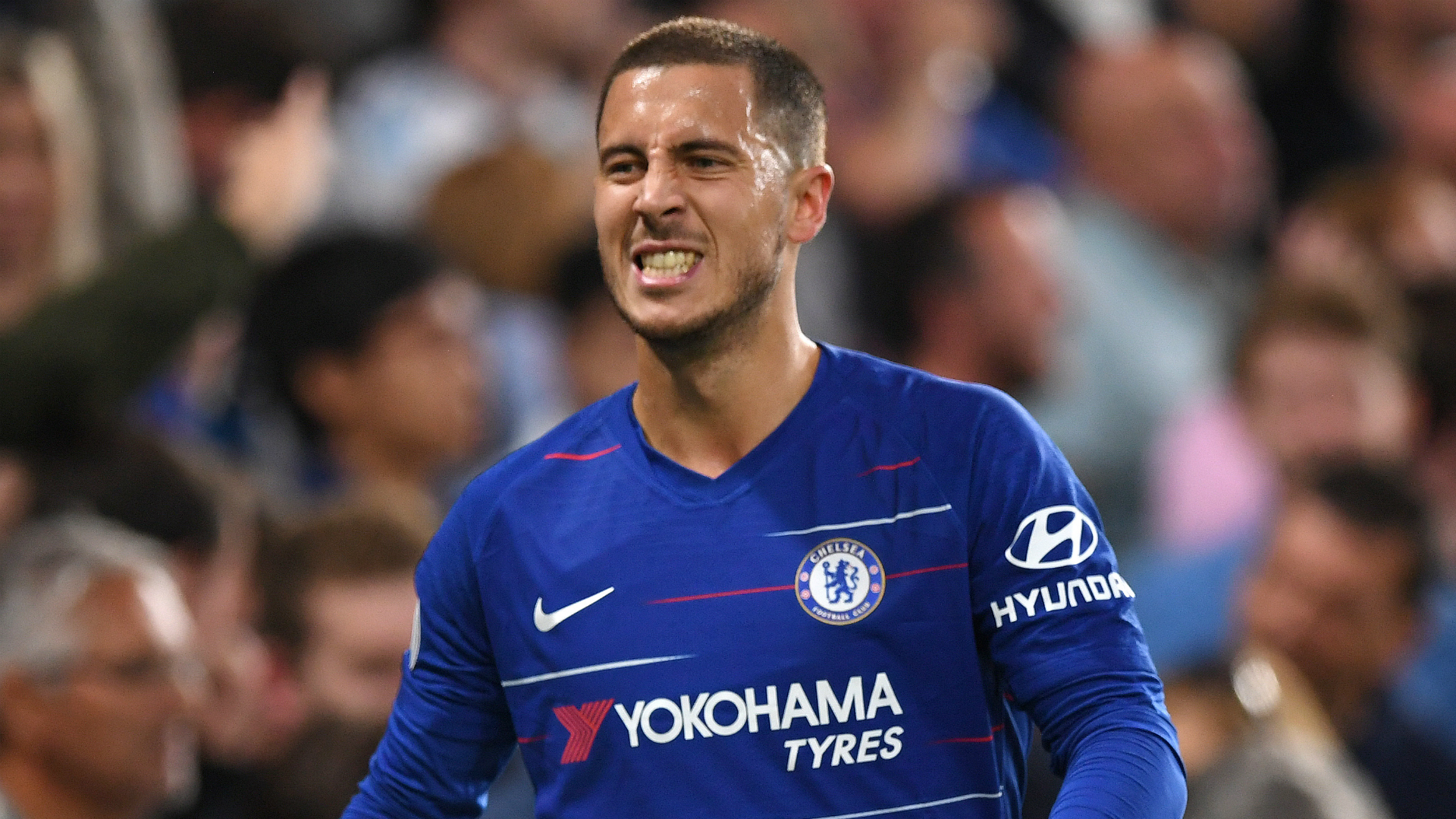 Eden Hazard will sit out Chelsea's Europa League game against PAOK on Thursday with an ankle problem, head coach Maurizio Sarri has confirmed.

The Belgium star will not be risked for the visit of the Greek side to Stamford Bridge but should be available for Sunday's Premier League game against Fulham.

Sarri, who also revealed Victor Moses will miss the PAOK clash due to a back injury, admits he has some concerns about Hazard due to his recent struggle for form and fitness.

Speaking at a news conference on Wednesday, Sarri said: "The last problem is Moses. I spoke with the doctor 10 minutes ago and Moses has a back problem. I think he will be not able to play.

"Then, Hazard of course, is not a serious injury. I think he will not be able to play but I think we will be able to recover him for the next Premier League match."

When asked about Hazard's recent form, which has seen him go five games without a goal in all competitions, Sarri said: "I am worried because 25 days ago he had a back injury, now the ankle.

"I think he lost a lot of training, so it's normal that he is not at the top of physical condition. He has one week of training and a couple of matches.

"This week, it's useful for him to have training, and then we'll see. Of course, I think he cannot play 10 matches in 29, 30 days, so sometimes he has to rest."

'What a player! Unbelievable. Best in the world!'

When @HazardEden10 takes the  for one of his finest goals... pic.twitter.com/ROqeJcNKkU

Chelsea head into the match needing only a draw to guarantee they will top Group L and Sarri has promised to make some changes to the team that lost 3-1 to Tottenham last weekend, especially with a packed December schedule on the horizon.

"In December, we have to play 10 matches, so I think now we need to change," he said. "We had two targets in this competition: the first is qualification, and this target is taken. The other one is to win our group. For this, we need one point, but we cannot think to play for one point, or it is easy we lose the match. But, of course, we can do this if we change seven, eight players.

Sarri suggested Callum Hudson-Odoi could be involved against PAOK but insisted the 18-year-old needs to show improvement in his defending if he is to earn a regular place in the side.

"He's a very, very good player, and now he has to study, to improve, to work. But I think this is normal because he is 18. I want to find space for him but it's not easy, because we have 28 players. It's not easy to put him in the starting 11.

"It's very difficult, but I'll try to find the space for him. He is in the 18 players for the match; I don't know if he will start."