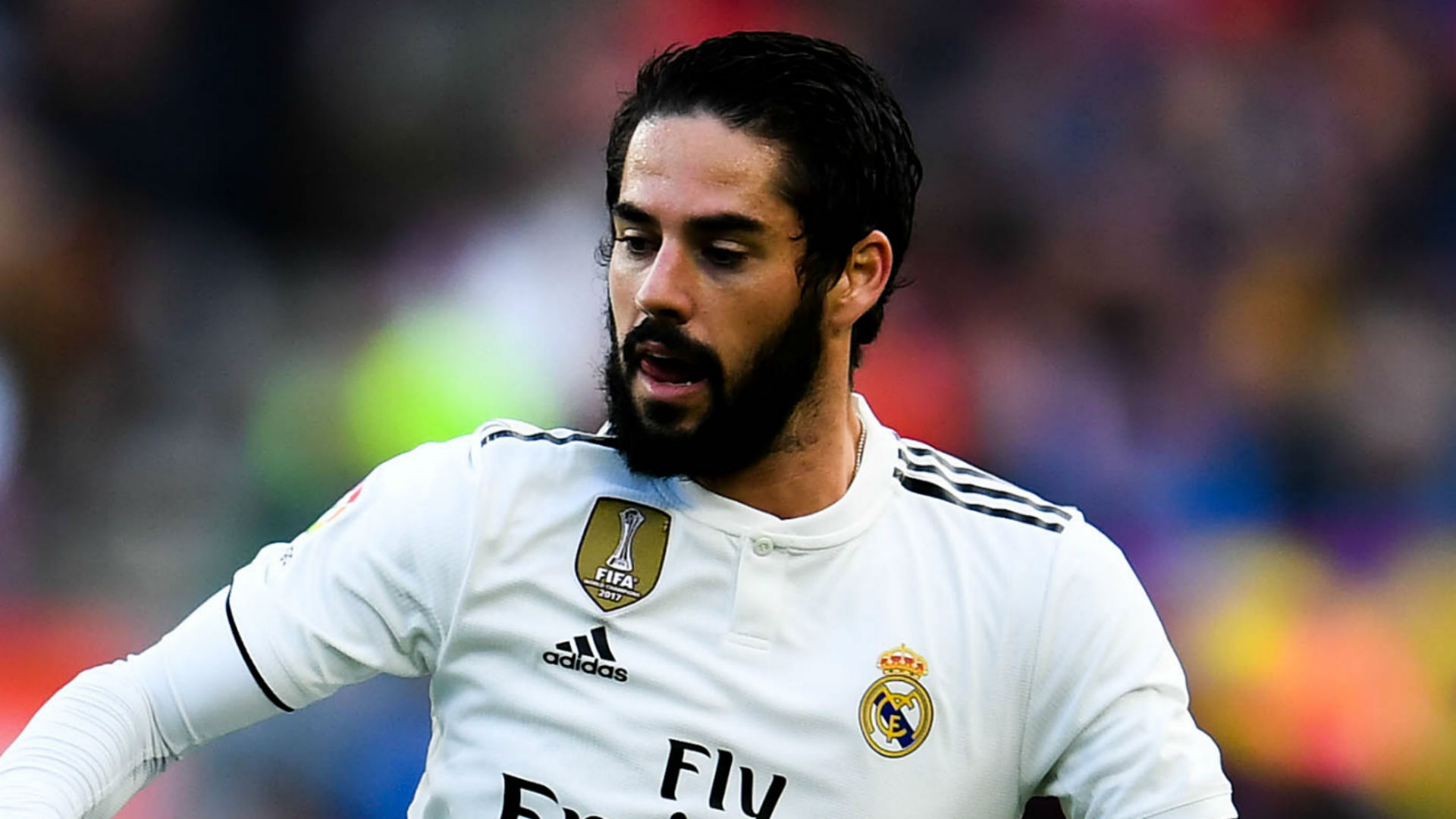 Real Madrid boss Santiago Solari insisted he has no problem with Isco, who was dropped for the Champions League clash with Roma on Tuesday.

Madrid bounced back in style from their humiliating LaLiga defeat at Eibar on Saturday, with Gareth Bale and Lucas Vazquez scoring in a 2-0 victory at Stadio Olimpico, although things could have been different if not for Cengiz Under's terrible miss.

Playmaker Isco, who has struggled with injuries this season, was not even included among the substitutes for the Group G encounter, but Solari revealed it was purely a tactical decision.

"Dropping Isco was a specific decision for a specific moment," Solari said.

"Sometimes we make the right ones, sometimes we don't but it's easy to say that after the game.

"Decisions are almost always sporting, except in exceptional cases, although there are none of those here.

"Starters and substitutes are fictitious problems that don't exist. The players are here to give everything and be at 100 per cent so they can be picked.

"The players showed they can take responsibility and we're really happy to get the win.

"We had to work hard and suffer, but sometimes that's just what you need to do and we won playing like that."

5 - @GarethBale11 has scored or assisted in his last five games for @realmadriden in #UCL, his best historical run in the competition. Express. pic.twitter.com/tPa291rnKt

Marcos Llorente was handed a start by Solari, deputising in place of the absent Casemiro, and the 23-year-old put in an assured performance in a holding midfield role.

"Playing Llorente was a decision I made," Solari added.

"I'm very happy with how he played. He's very disciplined and he works very well. He's a young man now and not a kid anymore. We're all very happy for him."

Roma defender Kostas Manolas, meanwhile, was left to rue naivety from Eusebio Di Francesco's side, who were – along with Madrid – sure of their place in the last 16 before kick-off thanks to CSKA Moscow's loss to Viktoria Plzen.

"We wasted three or four clear chances, we didn't take the lead and they were clinical," Manolas told Sky Sport Italia.

"After that, we fell away, it's true, and they took control of the game. We are a young team, we need patience and have to earn a lot of experience.

"We were superior to Madrid in the first half, a side that has won the Champions League three years in a row, but if you are superior and don't take your chances, you are going to lose."