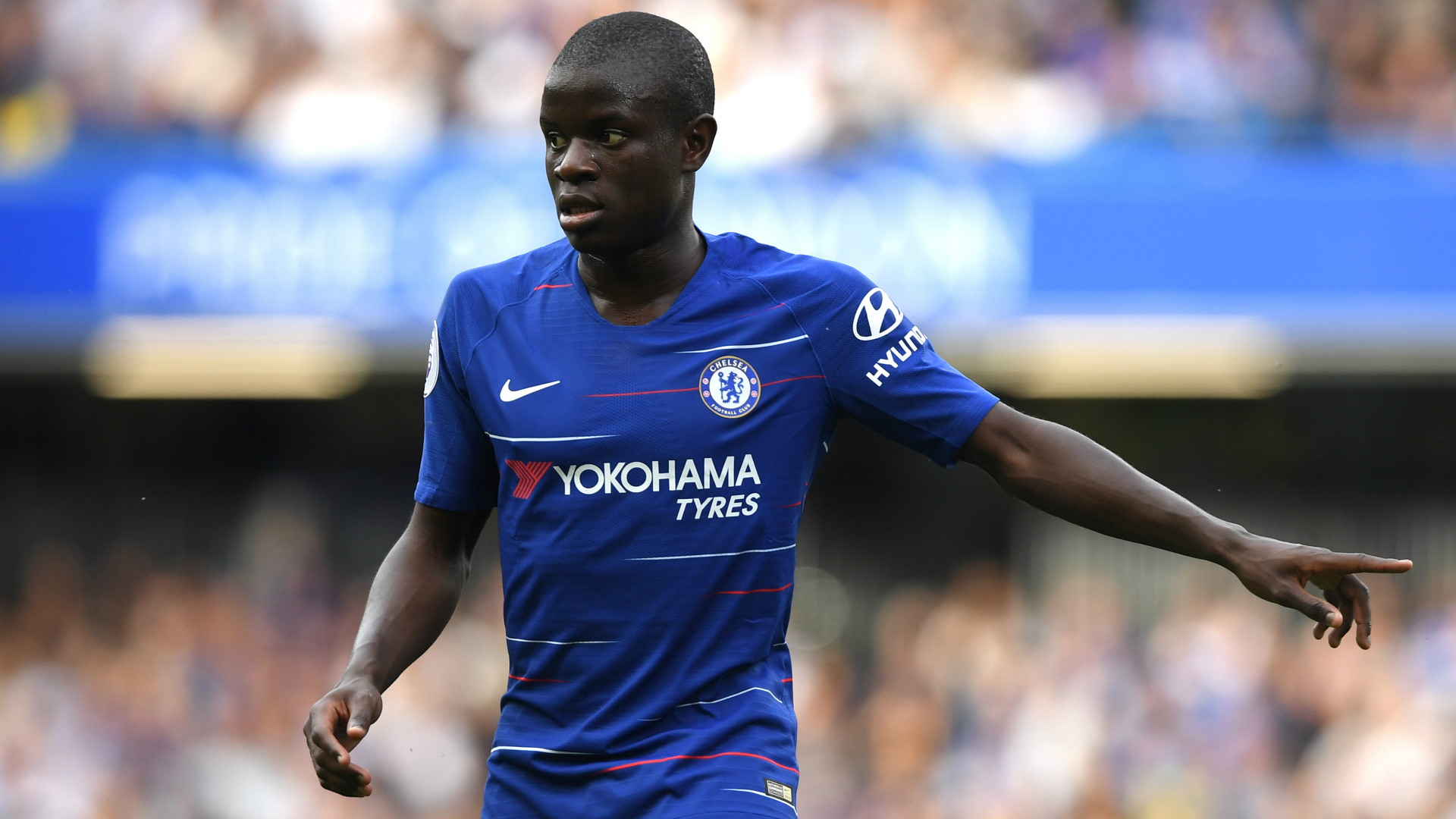 Maurizio Sarri has criticised N'Golo Kante for straying out of position too often in Chelsea's 3-1 defeat to Tottenham and insists he will not play the France star in the centre of his midfield three.

Kante has regularly been deployed to the right of central playmaker Jorginho during the first few months of Sarri's time in charge, despite having thrived in a role as a defensive midfielder under Antonio Conte and at Leicester City.

The 27-year-old has been encouraged to become more involved in Chelsea's attack but only has a goal and an assist to his name from 13 Premier League appearances.

And Sarri has now accused Kante of being too eager to help his side get back into the match against Spurs after they fell behind to Dele Alli's eighth-minute opener.

"I think, as you know, I want to play a centre midfielder with a very technical player, so for me the centre midfielder is Jorginho or [Cesc] Fabregas," he told a news conference. "I don't want Kante in this position.

"Kante, in the last match, wanted to solve the match after the first 15 minutes, but in the wrong way. He lost position, he attacked too much the other box, and I think this one is not one of the best characteristics of Kante. But it was only a reaction to the difficulties."

When asked if Kante needs time to understand Sarri's demands, the Chelsea boss replied: "Maybe. Maybe it's only a question of time. But Kante has to stay near to Jorginho. When the ball is on the left, he has to stay very close to Jorginho.

"If we are on the left, if the ball is on the left, we have [Marcos] Alonso, [Eden] Hazard, [Mateo] Kovacic, [Ross] Barkley, he has to stay very close to Jorginho."

Sarri held individual talks with the players following the Spurs defeat after admitting to concerns about their "motivation" at Wembley.

However, he says his lofty goal of turning Chelsea into the strongest side in Europe has not abated.

"I talked player by player. I had a meeting of 10 minutes, five minutes, individual," he said. "As I said before, we lost a match after three months and a half, so we have to understand why, especially from a mental point of view.

Chelsea turn their attention to the Europa League on Thursday, knowing that a point against PAOK at home will secure top spot in Group L.

They then host Fulham on Sunday hoping to close the seven-point gap to league leaders Manchester City, but Sarri believes there is little point looking at the table.

"It's very difficult to stay very close," he said. "At the moment I think it's better for us not to look at the table. We have to improve. First of all, our target is to be in the first four positions because we want to play in the Champions League, and the Premier League is not very easy to be in the first four.

"The target at the moment is this. We cannot look at City."