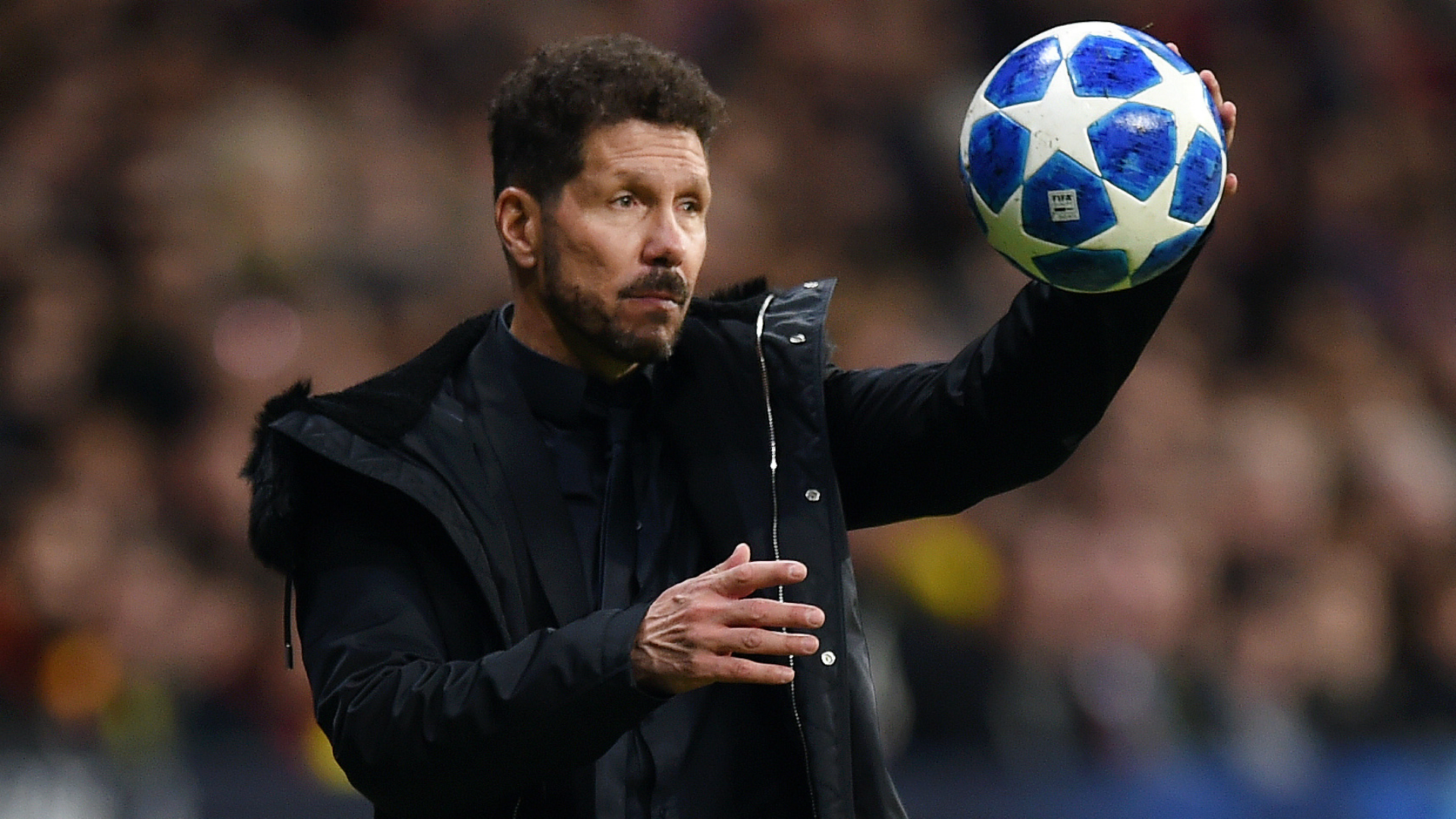 Diego Simeone thinks Atletico Madrid deserve more respect from those who criticise their style of play.

Atleti are competing for a treble of LaLiga, Copa del Rey and Champions League this season, having already won the UEFA Super Cup after a 4-2 victory over Real Madrid in August.

Only a late goal from Ousmane Dembele denied them a 1-0 win over league champions Barcelona last Sunday, while a victory against Monaco on Wednesday will guarantee their place in the last 16 of the Champions League.

And Simeone admits there could be a more respectful attitude from those who accuse Atletico of adopting negative tactics.

"I don't think too much about it [whether or not Atletico are respected], as I just try to find solutions to be able to compete and to continue being in the best positions in the league, the Champions League and the cup," he told a news conference.

"Football is wonderful because everyone can have an opinion and make judgements about what they think and see.

"I am very respectful and always have been. Sometimes, there isn't respect for our ways, but you can't change people.

"Each person can think what they want. It's like politics."

Diego Costa will miss the Monaco game with a foot problem and it has been suggested he will require surgery, but Simeone is waiting for the medical staff's advice.

"He is putting in a great effort. He has pain in his foot," said the head coach.

"The medical department will evaluate what is the best for the future. I hope Costa can be with us for a long time and that he gives us all he can when he's well.

"I don't consider [an Atletico Madrid without Costa]. He knows what I think of him."

Simeone added his disappointment at the situation around the final of the Copa Libertadores between Boca Juniors and his former club River Plate.

The second leg of the final is due to be played on either December 8 or 9 outside of Argentina, after the match was initially postponed due to River fans attacking the Boca team bus.

"I feel sad," said Simeone. "I'm very Argentine and what happened and what is happening hurts. It's a shame we weren't able to show the world who we are."